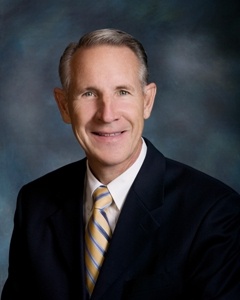 As a Council Member, Mann sits as a Board Member of the Lancaster Successor Agency as well as the City’s Housing, Financing and Power Authorities. Currently, he is also a Member of the Antelope Valley Air Quality Management District’s Governing Board, Chairperson of the Board of Directors of Los Angeles County Sanitation District No. 14 and Chairman of the Lancaster Convention & Visitor’s Bureau, better know as Destination Lancaster.

Prior to his election to the council, Mann served on the Lancaster Planning Commission for nearly two decades. He was initially appointed to a four-year term in 1992, serving until its completion in 1996. He was then re-appointed in 1997 and served five consecutive two-year terms as the Mayor’s appointment. He would be appointed a final time in April of 2006 to fill a 2-year vacancy on the commission.

With more than forty years of experience in the hospitality industry, Mann has worked his way from part-time kitchen staff to restaurant executive. He currently serves as a restaurant business consultant for Denny’s Corporation. In addition, he and his wife, Rosemary, own Cali Café (formerly Camille’s Sidewalk Café) in Lancaster.

Mann’s record of community involvement is a testament to his unwavering commitment to helping the people of the Antelope Valley, particularly those in his hometown of Lancaster. Through his efforts, millions of dollars have been raised to aid children, families and the developmentally disabled in receiving quality care and assistance.

Born in 1952 in Hawthorne, California, Mann has been a resident of Lancaster since 1956. He met his wife here in Lancaster where they raised three children.