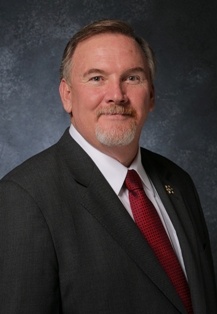 Marvin "Marv" Crist was first elected to the Lancaster City Council in April 2010, and appointed Vice Mayor on December 11, 2012.

Crist was born and raised in the Antelope Valley, and studied business at Antelope Valley College. A former firefighter, he now owns his own insurance brokerage and participates in a wide variety of local organizations.

Marv resides in Lancaster with his wife Cindy, and has one adult son, Ryan.