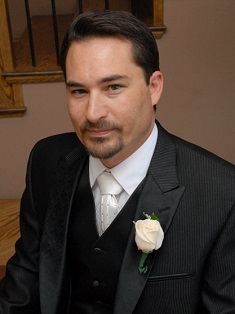 Adam Chant was born and raised in Lancaster, and graduated from Quartz Hill High School in 1992.  He attended ITT Technical Institute where he completed the Drafting and Design Technology program. and later began work as a Flight Test Support Technician at Ridley Mission Control Center at EAFB.  Throughout his 20-year career in Aviation Flight Test Support, Chant has worked in Instrumentation, Engine Propulsion Systems and Software Development, and is currently the Application Support Engineer for Symvionics, Inc., IADS software, used by every major flight test program in both the commercial and government sectors.

Chant is also a small business owner who has operated retail businesses on The BLVD since its revitalization was completed in 2012.  He is currently a partner at BattleGroundz Gaming Center, which opened on The BLVD in 2006.  He was elected to the board of The BLVD Association where he served one term on the Marketing and Promotional committee.  Adam Chant and his wife Tammy together raised his son who graduated as a valedictorian at Quartz Hill High School, and is currently pursuing a degree in Mechanical Engineering in Pomona.