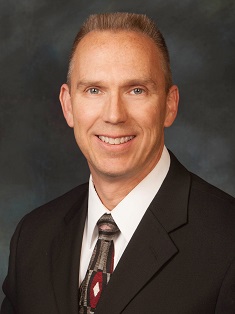 Daniel Tufts has been a resident of the Antelope Valley for 20 years. After serving 8 years of active duty with the Air Force while stationed in Utah, he transplanted to California in order to pursue a career in the aerospace industry. On the commercial side, he began working for the Skunk Works in 1998, and then in 2004, transitioned into Federal Civil-Service as a Program Integrator for the Defense Contract Management Agency.  Tufts is currently the Deputy Commander of the 812th Civil Engineer Squadron at Edwards AFB.  Tufts continued his Air Force career as a reservist, and retired as a Major in June 2018, with 28 years of distinguished service.

Tufts holds a Bachelor of Science in Industrial Technologies from Southern Illinois University, and a Master of Science in Project Management from the University of Maryland University College. He received his Air Force Commission in April 2005. He was awarded the Bronze Star and Meritorious Service Medal for his service while deployed to Iraq in 2006 and 2009, respectively. Dan brings with him a wide variety of expertise in project management, planning, contracts, leadership, and government policy.

Dan and his wife Audra have a blended family with 7 children, ages ranging from 28 to 14 years old. He has actively participated in community organizations, such Quartz Hill Little League as a Board of Director, and volunteered as a coach for several seasons.  Dan Tufts’ newest contribution to the Lancaster community, along with his wife, is the opening of the new wine lounge and cheese shop in Lancaster.