The adopted Housing Element plans for housing needs for the period of January 1, 2014, to September 30, 2021. The primary objectives of the Housing Element are to provide adequate sites that will permit the provision of affordable housing for all income levels and to identify and accommodate, to the extent possible, segments of the City population with special housing needs. 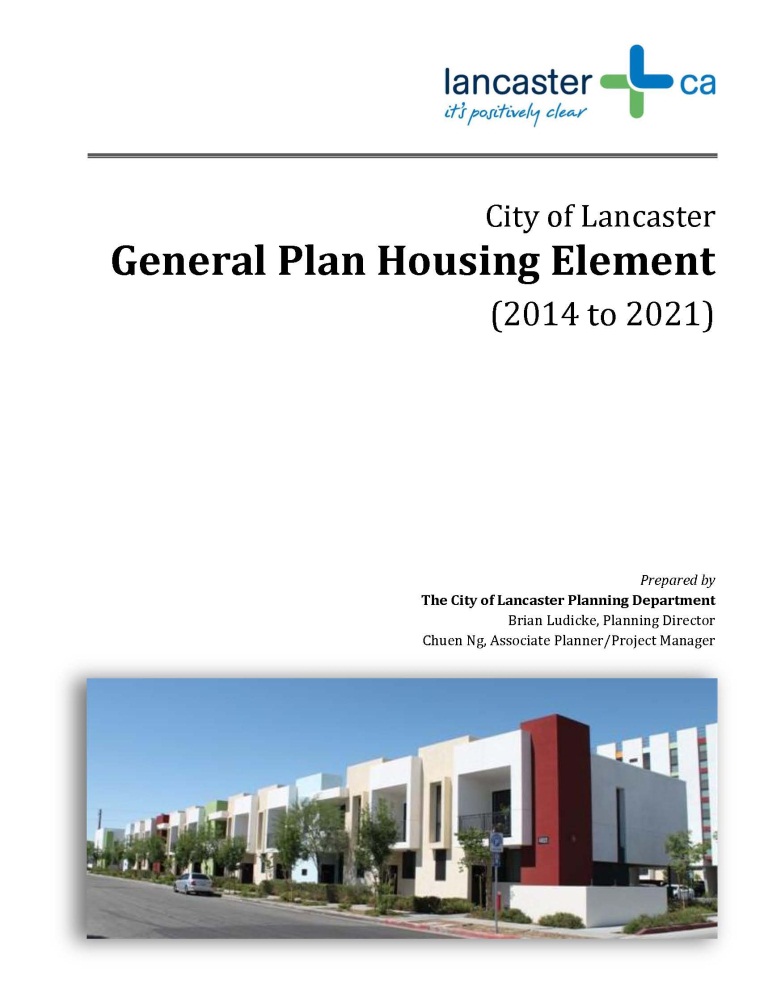