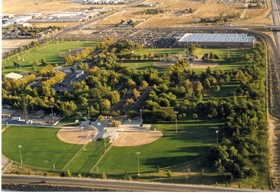 Three seasons of league softball are offered: Spring (March-June), Summer (July-October) and Winter (November-January). Each team will receive 10 league games plus one classification game and each team will determine the night of the week that they would like to play on. League games are played on Monday – Friday nights (game times are 6:30, 7:45 and 9:00 p.m.) and on Sunday evenings (game times are 5:15, 6:30 and 7:45 p.m.). Individuals who wish to play in the league but do not have a team can be placed on the free agent list by calling John Sanders at 661-723-6071. When teams are looking for additional players, they are given a copy of the free agent list so they can call the interested players to fill their vacancies. 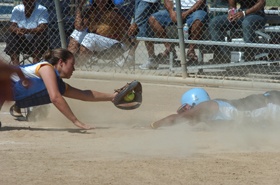 For more information, please see the official website of the Big 8 Softball Complex or call 661-723-6077.