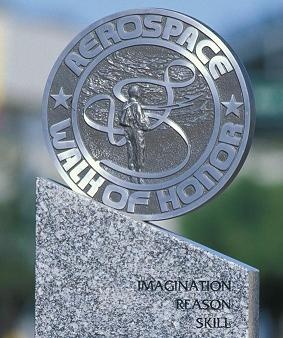 The Aerospace Walk of Honor program paid tribute to distinguished Edwards Air Force Base test pilots whose history of achievement in the field was outstanding. Sidewalk monuments along The BLVD continue to honor the history of these brave men and women.

View or download the official Walk of Honor map by clicking here.