In 1850, the County of Los Angeles became responsible for law enforcement in the unincorporated area of Los Angeles County. This included the Antelope Valley, but in those days, it did not mean much because not too much was here. The occasional deputy probably traveled through the area looking for bandits, but the area was mostly sagebrush, Joshua trees, coyotes, and rabbits. I’m not sure when the Native Americans disappeared, nor can I tell you when the antelope left the Antelope Valley, but Lancaster was born in 1876 due to the Southern Pacific Railroad. They were building a rail line through the Antelope Valley and built a station near what was to become the main crossroads of Lancaster Boulevard and Sierra Highway. The resulting influx of people allowed Lancaster to become a township in 1884. This is important because when you became a township, you are allocated a judge. At first, if the judge needed law enforcement assistance, he had to request a deputy from Los Angeles. As the population increased, the need for local law enforcement became apparent. Sometime in 1890, permanently assigned law enforcement began in Lancaster with the election of Constable Mace Mays. Other Constables that followed between 1892 and 1910 were Joseph Johnson, John Little, Frank Dawler, Marcus Andradi, Harry Butterworth, Oliver Litchey, and Gar Carter. Times were plenty tough during those days and the only thing a Deputy/Constable could do when confronted by the “bad guys” was to stand his ground or cut and run. The only help available was in far away Los Angeles or the local citizens, if they wanted to get involved. Fortunately, folks in those days were as tough as the times and made pretty good backup. When a bad guy was apprehended, he spent some time in the local jail house which was constructed about 1900. Rumor has it, that early on, there was as many as three Sheriff’s offices in Lancaster. These “offices” were located in the back of a bar, a barber shop, and an early car dealership. 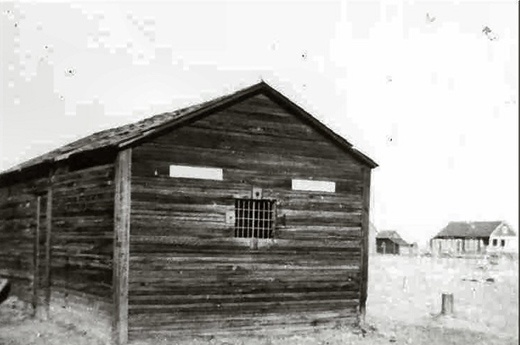 The pace of life in the Antelope Valley in the early 1900's had picked up considerably with the help of the railroad, farming, ranching, and continued land speculation. Although the population was increasing, Lancaster was still pretty much a quiet community. Herbert E. Glidden became Constable in 1910 when Constable Carter resigned from office. Constable Glidden was a respected and well liked member of the community. I could not find any record of Constable Glidden’s career as a Law Enforcement official until 10 years after he took office. The tragic events of November 12, 1920, were to change all of that. 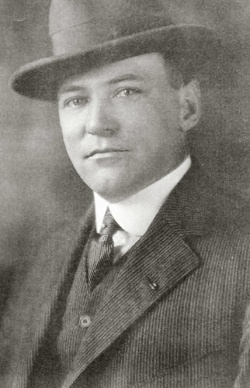 Constable Glidden was on duty and saw a car parked in front of the post office on Lancaster Boulevard that attracted his attention, due to it having a fresh paint job. Two men having breakfast in a restaurant across the street, entered the car and attempted to drive away. Constable Glidden jumped on the passenger side running board and ordered the driver to stop. One of the occupants of the vehicle shot Constable Glidden, and he fell to the ground mortally wounded, as the vehicle sped away. The good citizens of Lancaster and Palmdale heard about the incident, formed a posse, and launched an area wide search for the suspects. One of the bad guys was found west of Palmdale and was fatally shot. The other suspect was located at a railroad water stop south of Palmdale and was arrested. Constable Glidden was buried with due honors at Rosedale Cemetery in Los Angeles. He was 45 years old at the time of his death.