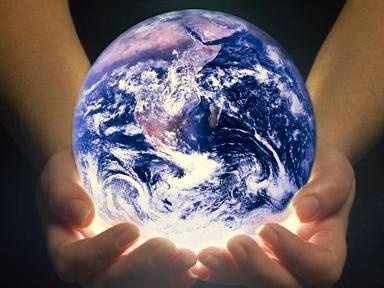 Since 1994, the City has recognized the importance of local government's role in preserving the environment.  That was the year the City Council chose to adopt the Blue Skies Program, along with a resolution stating that the City should use alternative fuels whenever possible.  The City's environmentally-friendly practices have continued growing ever since.

In recognition of these forward-thinking endeavors, Lancaster has been designated by the US Department of Energy as a "Clean City."  This recognizes Lancaster as a leader in improving air quality, strengthening the local economy, and enhancing public awareness of alternative fuels.  Lancaster also received the 2007 American Public Works Association's Best Environmental Project Award from the High Desert Branch for its project, the Amargosa Creek Detention Basin Desedimentation and Habitat Preservation.

In this section, you will find information on the City's efforts to protect our environment for future generations, as well as helpful tips and brochures on how you too can go green.  The City's concerns for the environment stretch into a variety of areas, including water habits, alternative fuel vehicles, environmentally sound office practices, xeriscaping, and more.  Browse the links at left to find more information on these and other topics, and don't forget to check out the tips on conservation that will save you money as you help save the environment!

Did you know?  The green in Lancaster's new logo represents not only the earth beneath our clear blue skies, but also the City's efforts to be increasingly friendly to the environment.  It's just one more reason why Lancaster is the positively clear choice!